After I read about Dodd refusing to call the dwags anything but Georgie, I have done the same.

gtdrew said:
I could watch this a million times. I probably have. I was there that day, and it may have been my favorite game that I've ever been to...

I could watch this all day...#THWG

A couple pics from my anti ugag library

how do you keep a bulldwag out of your yard? put up a goal post.

Got this from one of TOS a couple of years ago but it's still a great one... if the world needed an enema, Athens is where you'd put the hose

Maybe my favorite play in the history of the series..."The Goose is loose!"

Anybody remember the ugag reaction to this last year? Haha

Saturday can not get here fast enough.

Strangely, I'm not dreading this game like I have some other years. I'm just kinda like "screw it, let's roll the dice and see what happens..."

gtdrew said:
Strangely, I'm not dreading this game like I have some other years. I'm just kinda like "screw it, let's roll the dice and see what happens..."
Click to expand...

I agree, it's time for Tech to play like they want it!

There's a good AJC article on this, but this was my favorite of them all

I posted this on stingtalk, but for the GTSwarm record, Monken gets it (you'll need to expand the quote):

But this was a different Monday for Monken, who -- if only temporarily -- was perhaps the most popular Georgia Southern head coach to speak to the club since Erk Russell.

Beating Florida two days earlier will bring a coach much love in a crowd dominated by Georgia fans.

As great as Saturday was for his team, it wasn’t perfect.

“The only bad thing about that win on Saturday -- and there were a lot of good things -- (is) there’s happy Georgia fans this week,” he said to mild uncertain laughter. “They didn’t get that.”

Forgotten by the Georgia-heavy crowd was that Monken has plenty of Georgia Tech in him, having taken over at Georgia Southern after spending two seasons with head coach Paul Johnson and the Yellow Jackets.

“As an old Georgia Tech man, I don’t want ever Georgia fans to be happy,” he said. “I hated to help you guys out.”
Click to expand... 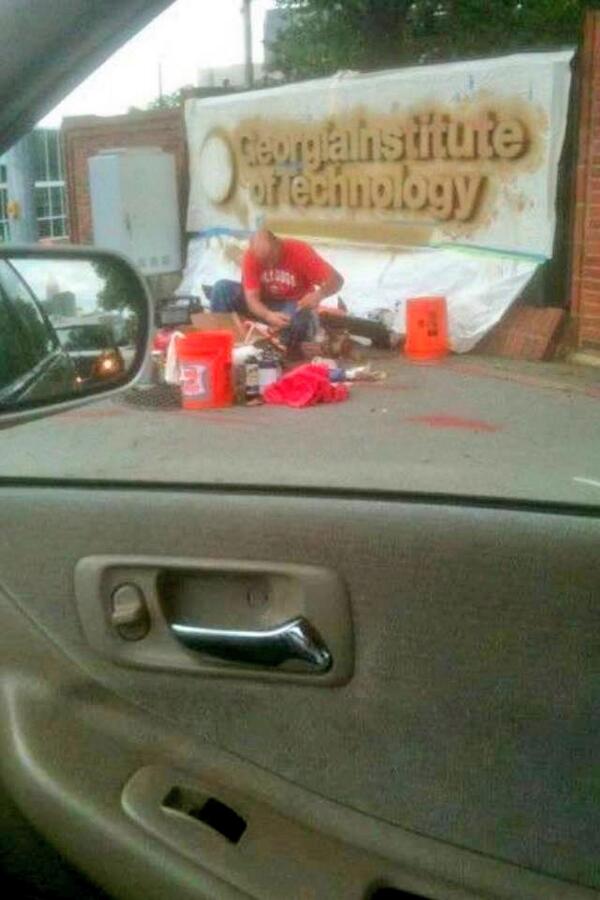