2014 Uniforms are at fan store

Now the burning question that always comes up about uniforms. Are the accent colors / tertiary colors blue or black?
The fate of the human race rests on this answer. 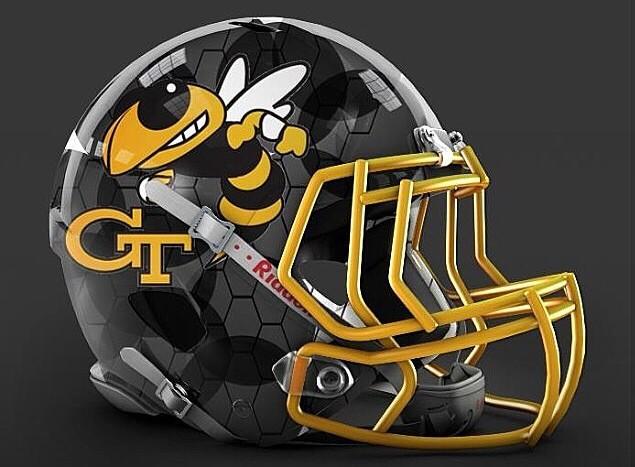 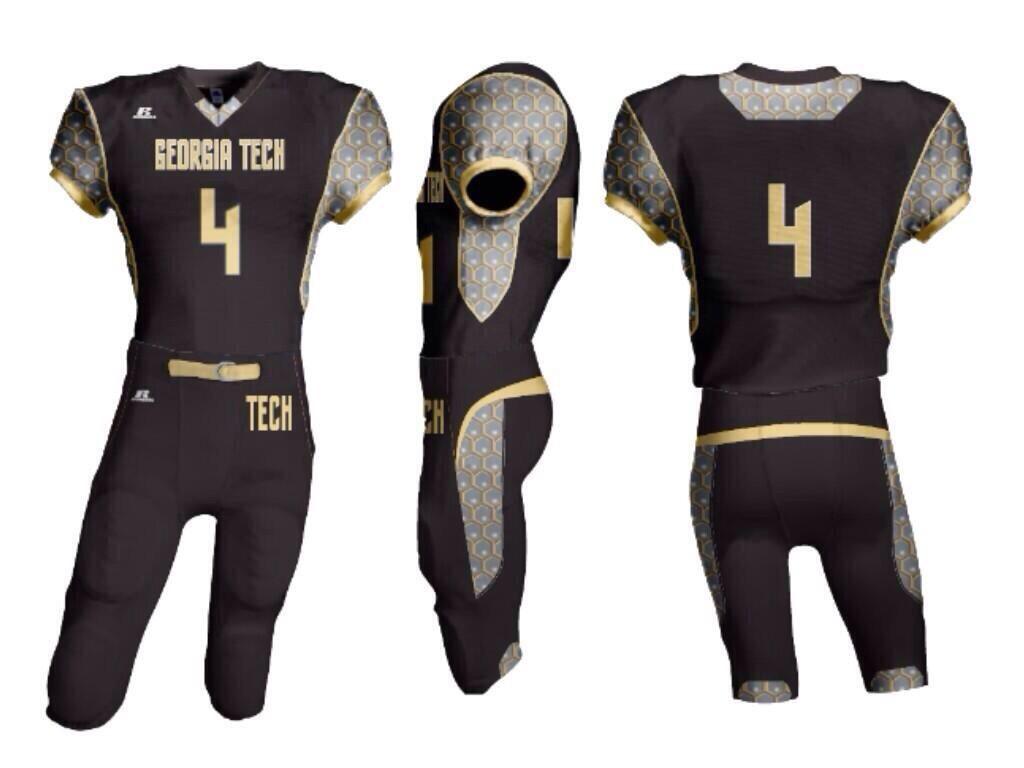 That just something somebody made on the internet?

SidewalkJacket said:
That just something somebody made on the internet?
Click to expand...

It is.
Just thought I would keep things lively

Sorry Brian, but this cracks me up every time.

I like the helmets, but the uniforms themselves don't exactly scream Tech to me

Brian Johnson said:
They aren't bad they aren't the real ones just replicas
Click to expand...

Still sucks. Gold is the washed out Vanderbilt or Wake shade. Why is this so difficult?

JBR.....it's near impossible. Have you paid any attention to how many differing opinions on what the correct shade of gold even is for GT? It varies greatly from what I have seen. And none of those who whine about color / design are ever satisfied by anything other than what their own like and opinion is.

The amount of uni whining that comes from GT fans truly amazes me. I can get how some hated the 08 uni. It had radical new design changes and was a dark old gold in color. The green shades making up that old gold color stood out, fairly significantly, when displayed on TV sets. Was not so greenish in appearance in person but others have disagreed with me on that point. 09 had same style but was closer to a vegas gold color. The bubble wrap was another fairly significant design change and I get the angst and criticism on that one too. I didn't love any of the above but none made me butthurt over them.

As for the other unis...I'm a bit amazed at the vitriol spewed about them. I haven't loved all of the design elements of each but nothing about them made me hate them. Last year's uni, and this year's apparently, are pretty dang conservative. Mostly white jersey (blue numbers), and gold pants (white stripe down side). There is a stripe at the shoulders of the jersey but it is pretty minimal. The stripe on the pants isn't traditional, i.e. straight down the seam. Other than those two stripes....fairly minimal design elements and conservative ones IMO....it sure looks like a Tech uni to me.

But we are all entitled to our own opinions on the matter. So please feel free to carry on with any whining that makes you feel better. (I also think most whiners would love our current uni if it only displayed a gold (or white) swoosh somewhere on it. The swoosh seems to be the defining element in what makes a good looking jersey for many.

[QUOTE(I also think most whiners would love our current uni if it only displayed a gold (or white) swoosh somewhere on it. The swoosh seems to be the defining element in what makes a good looking jersey for many.[/QUOTE]

This. The unis last year and this year have been pretty good. If Nike had designed them they would be praised.

With that said I personally wish the gold was darker and I wish Russell would make a better quality replica for me to purchase. That is where Nike, under armour, and Adidas really succeed. The quality of their fan gear and replica jerseys is far superior to Russell. I have a nike #88 Thomas Broncos replica jersey that is much nicer than the Tech stuff available.

On the bright side Mack....BG and Roddy will be giving great broadcasts fo ya.

When I read some comments, I wonder if the person has even seen our games . . .

Whiskey_Clear said:
On the bright side Mack....BG and Roddy will be giving great broadcasts fo ya.
Click to expand...

Yeah maybe I can play golf and listen to tech at the same time........thanks Whiskey didnt think about that...........watching us play now makes me feel like we have NASCAR on the field or folks who are kin to John Daley pants.

Ibeeballin said:
I think you still can. You are also able to get your name on it also. I think those were ~$70.
Click to expand...

Who would the contact be to see if you can still buy them from the school? The equipment manager?

Whiskey_Clear said:
On the bright side Mack....BG and Roddy will be giving great broadcasts fo ya.
Click to expand...

I wouldn't even comment on uniforms if we would win in them.

bcbeck22 said:
Who would the contact be to see if you can still buy them from the school? The equipment manager?
Click to expand...

If you find out anything, shoot me a message about this.

So is it confirmed that the ones Brian took a pic of in the bookstore are the ones we are using this season?

bcbeck22 said:
Who would the contact be to see if you can still buy them from the school? The equipment manager?
Click to expand...

The uniforms we are wearing are the ones from fan day.

Could Under Armour make a push for our next uniform deal?

Stinger90 said:
Could Under Armour make a push for our next uniform deal?