Augusta_Jacket said:
I said nothing about the NCAA cracking down on factories. I said it removes the need to be "shady" and even risk it anymore.

Not sure the new NIL law addresses either of these issues.

I am a Collins supporter, but if he can make ATL a predominantly GT town then I will be truly amazed. Even if he TRIPLES our local fanbase we will be vastly outnumbered by uga fans, not to mention the other SEC fans in the area...

Why would he go to Athens to work out? The studio he's filming at is in ATL. A GT athlete made the connection for him. That's awesome, but if it changed the opinion of one adult here in the area in regards to which football team they will support I'd be shocked.

Not denying that we won't have some supporters. The issue is that number is decidedly smaller than the factories, se we start behind the eight ball to begin with.

All this said, I have no problem with players being able to negotiate for themselves. I just think it's incredibly naïve to think that this new law is all of a sudden going to bring some semblance of parity to college football. The factories will find ways to exploit it for their benefit. The rich will continue to get richer. The divide between tier one and tier two will grow wider. I'd love to be wrong, but without drastic and meaningful change to the rules, nothing is going to stop it. We now live in an era where most teams are happy to take the cash for being the bigger teams cupcakes. Half of the P5 are basically conference affiliated cupcakes for the factories. Here's hoping we can stay in the upper half of the P5.
Click to expand...

I agree the divide will most likely only continue to grow. Could change, but will only do so if can interest wanes.

As for fan status changing in Atlanta, that wasn’t what I was speaking of when I mentioned Collins.

When I said I trust Collins to leverage this to our advantage, I meant in attracting talent to come play for us.

I honestly don’t know if it’s possible to change a grown person’s fanhood unless they are just passive.

Augusta_Jacket said:
"Billy" the uga bag man and mega donor has been funneling between $250-300k per year in order to pay top tier athletes to keep them playing for uga. Now he can simply sign them to NIL agreements with his car dealership in order to pay them aboveboard. No more worries about getting caught and NCAA probations...

With broader fan bases, factories will tend to have more individual businesses willing to "sponsor" an athlete to play at their favorite university.

The problem we have is that there are probably 4x-5x more uga fans in the ATL market than Tech fans.
Click to expand...

Southpawmac said:
Welcome to the real world. These kids aren't stupid. They know that if a player is better they are gonna have more options for NIL money. It's exactly the same when you get a job. The employees with more experience and the employees that are the best are gonna make more money. Those that think they can make a better wage somewhere else will choose that route, and others will do everything in their power to raise their standing and put themselves in a position to earn more.
Click to expand...

Will (how much) will this change players focus? Previously (at Tech anyway) their two main focuses were (1) their sport (2) staying academically eligible, or less cynically, advancing towards a degree. Now there is a third priority with an "instant gratification" angle. Will athletes be able to hire agents that can negotiate and manage deals for them? Will coaches (realistically) have any ability to "limit" the amount of time an athlete spends (especially in season) chasing endorsement deals? Sure, the can't miss NFLers might play the "long game", understanding that in the end they can make potentially far more money by increasing their NFL prospects in college than by chasing "chump change" endorsement deals. But what about the marginal NFL prospects? Am I thinking about this right? It fundamentally sets up a "competition" for each individual between "will I put myself first or my team first". That competition has always existed in one form on another, but now it is elevated to new levels as a result of the "root of all evil" being introduced into the decision making process.

Who decides which players are the "face of the team"? Would it be part of recruiting to bargain with a high potential player to increase their NIL value? https://ramblinwreck.com/wp-content/uploads/2021/01/2021-schedule-scaled.jpg

CheCha54 said:
Who decides which players are the "face of the team"? Would it be part of recruiting to bargain with a high potential player to increase their NIL value? https://ramblinwreck.com/wp-content/uploads/2021/01/2021-schedule-scaled.jpg
Click to expand...

I think most if not all proposed state NIL laws strictly prohibit using NIL for recruiting.
what a surprise that no enforcement mechanism seems to be included.

jackets55 said:
Thoughts? The corruption is now complete. University Presidents are spineless cowards. Only an opinion, but it is mine. Not interested in college sports anymore.
Click to expand...

Probably the end of college sports as we know it, money rules, it is the root of all evil

grandpa jacket said:
Probably the end of college sports as we know it, money rules, it is the root of all evil
Click to expand...

No offense but feels like I have heard that 4 or 5 times before. When kids started going pro before their 4 years people said it. When the one NCAA TV contract became individual conferences, when coaches started making more money than NFL coraches, and on and on. It will be different for sure but I’m not convinced it will be significant.

ncjacket79 said:
No offense but feels like I have heard that 4 or 5 times before. When kids started going pro before their 4 years people said it. When the one NCAA TV contract became individual conferences, when coaches started making more money than NFL coraches, and on and on. It will be different for sure but I’m not convinced it will be significant.
Click to expand...

Probably the significant way for us would be negative.I just can't see how our players will atract much attention ( money) with our small fanbase and really total interest level unless we make a HUGE turn in success.

alagold said:
Probably the significant way for us would be negative.I just can't see how our players will atract much attention ( money) with our small fanbase and really total interest level unless we make a HUGE turn in success.
Click to expand...

I don’t think this will play out the way normal advertising does. There are influencers on social media today that 99% of us couldn’t name raking in cash for who knows what reason. I don’t think opportunities will necessarily be about the local car dealerships.

Will Adidas be able to have a Sims or Gibbs shoe?

Just to be clear regarding an earlier post, money is NOT the root of all evil, but the love of money is. (1 Timothy 6:10)

AlabamaBuzz said:
Just to be clear regarding an earlier post, money is NOT the root of all evil, but the love of money is. (1 Timothy 6:10)
Click to expand...

Coming soon to a theater near you.
President Mark Emmert has insisted new NIL rules will be in effect by next football season and action could come when the Division I Council meets June 22-23.
On July 1, laws in five states will go into effect that will usurp current NCAA regulations prohibiting NIL compensation for athletes.

"In a public records request last month, AP requested contracts from each Power Five conference public school with any company that provides services related to name, image and likeness. The 23 schools that responded by publication time have committed nearly $1.9 million to contracts that range from Oregon State’s five-year, $216,000 deal with Opendorse to the $10,000 one-time payment Arizona State made to the company for providing photos athletes can use to enhance social media posts.Those are modest numbers considering Power Five budgets often exceed $100 million annually." 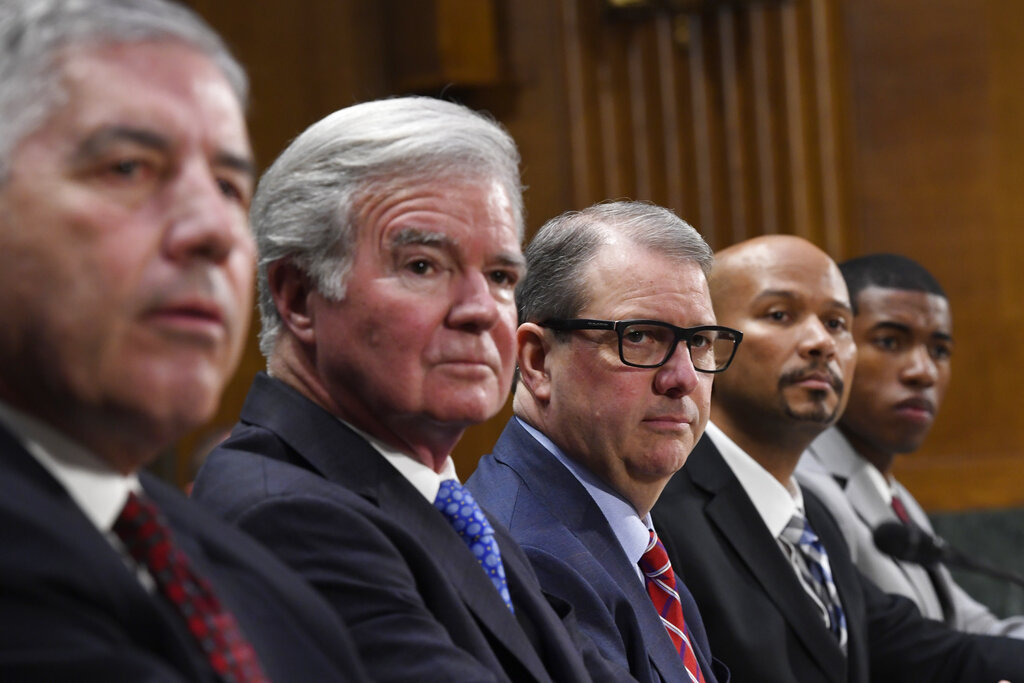 College sports is entering a new era, one where athletes will be permitted to be paid endorsers and social media influencers without fear of running afoul of NCAA rules.

Augusta_Jacket said:
So do you think there are players at every school that can garner this kind of new revenue from companies that didn't have this expenditure budgeted already, or will there only be a few players nationwide that can garner that kind of deal? I'd honestly be shocked if you see a normal 4* get more than $5k a year and that only as insurance to lock him in in case he explodes on the scene. The Trevor Lawrences and Zion Williamsons probably make bank. Companies simply can't afford to dole out that much cash to hundreds of players each year.
Click to expand...

How Much Is NIL Worth To Student Athletes?

AthleticDirectorU has teamed up with Navigate Research - the most trusted sources of media, marketing, and sponsorship valuations in the industry - to determine how much money student-athletes can make off their Name, Image and Likeness (NIL) in both group licensing and free-market scenarios.
www.athleticdirectoru.com

To me a lot of this is way over calibrated. People are making estimates based on how much money social media darlings make today that have X followers. But those people spend tons of time posting and cultivating their audience, which drives lots of consistent eyeballs which drives ad revenue. There are only so many hours in a day. Just because someone has X followers doesn’t mean they’ll necessarily be able to monetize it like someone else does who treats it like a job. We will see.
Share:
Facebook Twitter Reddit Pinterest Tumblr WhatsApp Email Share Link
Top