bke1984 said:
I’m not sure why we have to watch this damn story on repeat for our entire lives. Plenty of blame to go around in this one, but if I had to pick one thing I’d say the base running the last few days pretty much lost the series.
Click to expand...

No, being thrown out at the plate(just like the Dodgers were a few innings later)& not able to stay in the rundown long enough for Riley to make third safely, didn’t lose the series. Check out the bats the last three losses: 2 runs, 1 run and three runs on about 3 total hits last night. Betts came to life, Acuna did not.

Just a heads up, this is going to be a long post. Well, that sucked, but I'm even more excited for the Braves future now. We pushed the juggernaut Dodgers to 7 games with basically 3 rookie starters and a rookie CF who only played 2 games the whole year. The Braves have to make some moves this offseason, but I feel like what they did this postseason is going to be the start of another 90s run. My perfect offseason for the Braves looks like this:
1) Extend Freeman and Swanson. Give Freeman something pretty much like his first extension, 8/180. I think Swanson would take 5/45 or 6/66. And re-sign Melancon and Greene to 2 year deals.
2) Sign a veteran starter who can eat innings. I would love to see the Braves sign Bauer and I've heard they are going to go after him very strongly. Bauer will probably get something like 6/175. But, I'm not going to get my hopes up here so I would really like to get Tanaka or maybe Taijuan Walker. Also wouldn't mind bringing back King Felix for depth.
3) Bring in a lefty OF bat. I love Markakis, but he looked to be about done this year. I want to see us get somebody like Joc Pederson who provides pop and can play all 3 positions. We could then platoon him in LF with Duvall.
4) Re-sign Ozuna. I put this last because I only want them to do this if the NL goes to the DH permanently. I love his game and the way he mentored the younger guys, but he is such a liability in LF and we saw what outstanding defense does with the entire Dodgers OF.

My wildcard in all of this is George Springer. If we have the chance to sign him, I would absolutely pull the trigger. We would have 3 CF in the outfield and our depth there would be ridiculous.

So in my ideal world, the Braves go into next season with a rotation of Soroka, Fried, Anderson, Tanaka, and Wright/Wilson/Folty. The pen would be Ynoa, Newk, Matzek, Smith, Webb, Melancon, Martin, and Greene with Dayton, Davidson, and Touissant being options.
In the field, we would have D'Arnaud and Contreras/Jackson at C. An infield of Freddie, Ozzie, Dansby, and Riley. An OF of Duvall/Pederson, Pache, and Acuna. Then Ozuna would be DH. On the bench we would have Culberson, Contreras/Jackson, Pederson/Duvall, and Camargo. This team wins a World Series and I know it's basically the same team, but the additions of Sorka being and healthy and a veteran like Tanaka gets us over the hump imo.
Last edited: Oct 19, 2020

When the early innings were passing by, you could see the glum faces in the Dodger dugout. Betts and Seager looked like they were filled with worry. If you win 3 games and lead for half of game 7, you pretty much played a better team even.
Noted, the LA payroll trumps the Atlanta one. Starting pitching and the youth, will all gain from this experience going into 2021. If there is a season for MLB.

That stunk
so here's an upbeat article about the future
Some free agents (decisions have to be made) are listed below from article:
outfielder Nick Markakis and backup catcher Tyler Flowers
Marcell Ozuna
bullpen- Melancon, Martin and Greene 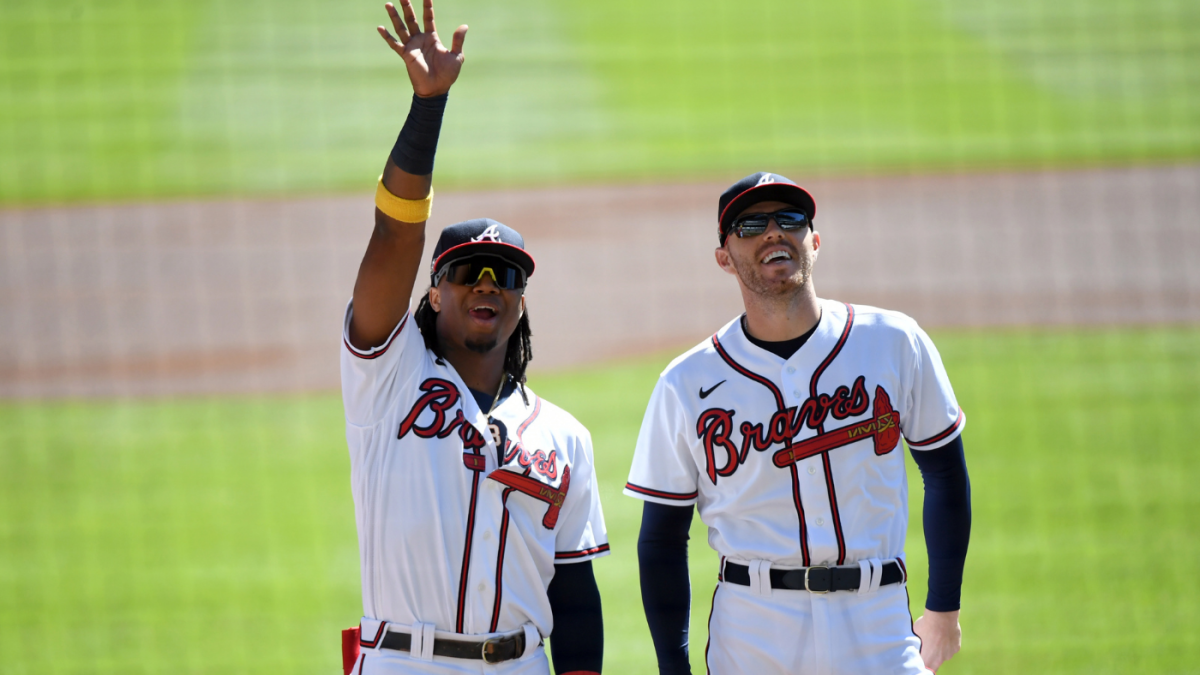 The Braves lost, but the best is yet to come with this loaded organization

GT_EE78 said:
That stunk
so here's an upbeat article about the future
Some free agents (decisions have to be made) are listed below from article:
outfielder Nick Markakis and backup catcher Tyler Flowers
Marcell Ozuna
bullpen- Melancon, Martin and Greene

The Braves lost, but the best is yet to come with this loaded organization

Markakis has been great for us, but I really hope we can get a lefty bat with more pop. We also need to try and trade Inciarte. Maybe we can package him and some prospects for a veteran pitcher.

“On the dance floor”

Based on (lack of) viewership, MLB needed the Braves in the Final (yes, I called it the Final. Sue me).

TBS really made the Braves America's Team. Too bad that's getting lost as the years roll by. There's too many dang channels, which is why so much dumbarse sh*t is on TV. Get off my lawn.

I’m curious as to what his contract bonus is for the award. This is awesome. If you listen to all players in MLB, even bitter rivals, FF might be the most respected player in the league. Everyone just seems to genuinely like the guy.

Milwaukee said:
I’m curious as to what his contract bonus is for the award. This is awesome. If you listen to all players in MLB, even bitter rivals, FF might be the most respected player in the league. Everyone just seems to genuinely like the guy.

Think he had a top 5 mvp bonus which was 200K. I bet there is a cherry on top for actually bring MVP.

Ozuna reportedly being pursued by 10 teams, including Atlanta.

Buzzbomb said:
Ozuna reportedly being pursued by 10 teams, including Atlanta.
Click to expand...

I wish we knew what the DH situation is going to be like next year. I want the Braves to re-sign Ozuna, but only if he can DH. I think Pederson or Brantley is who we really need to target right now until we know about the DH.

And he loses 24M he was scheduled to get. Ouch. 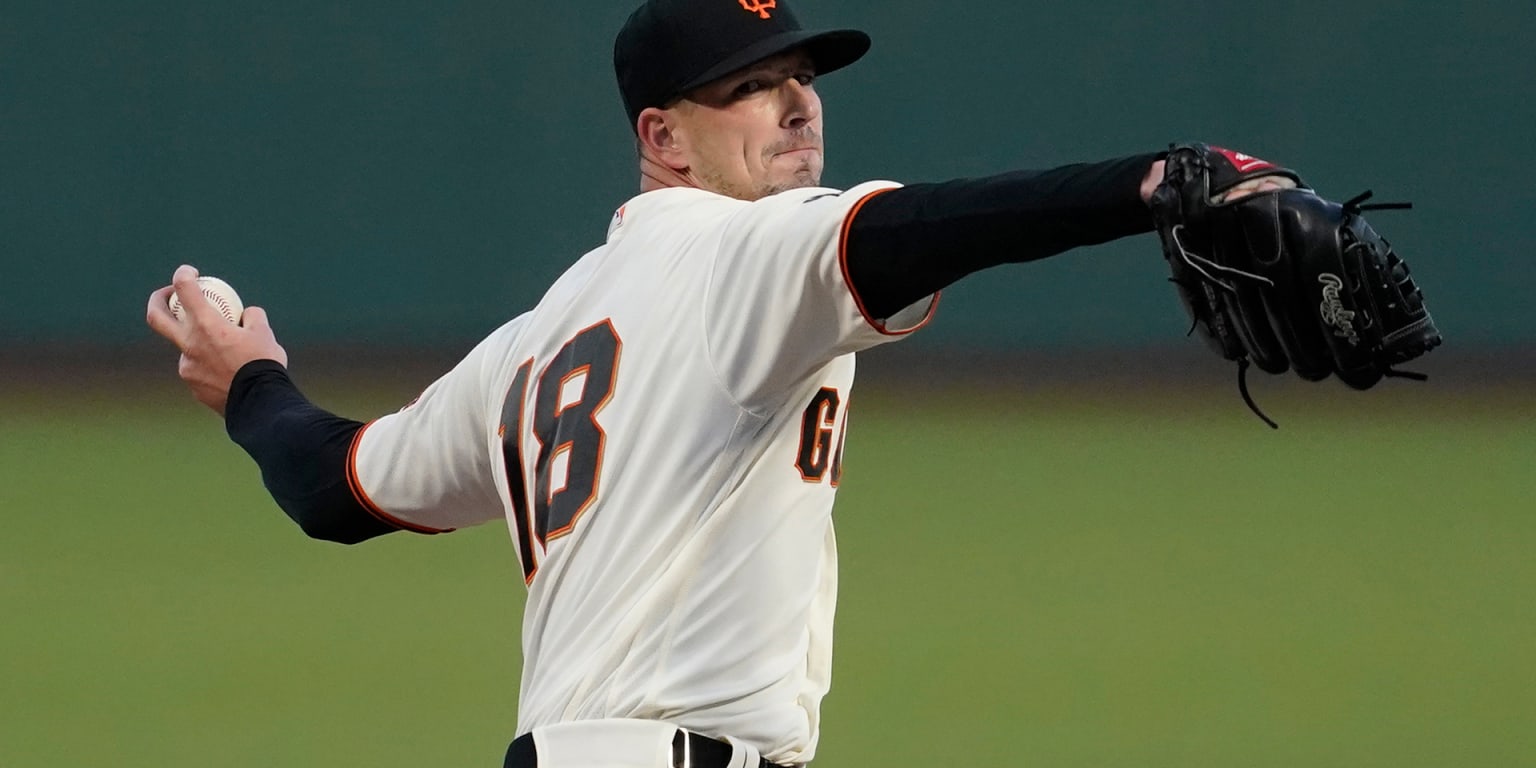 Drew Smyly’s hometown is listed as Little Rock, Ark., but his signing with the Braves is a homecoming. “I was born actually in Gainesville, Ga.,” Smyly clarified. “I didn’t live there for long, but my parents used to live in Rome, Ga. My first MLB game was at Turner Field

Braves maybe got a 2-fer here. Addition to staff... and non-addition to a division opponent's staff.