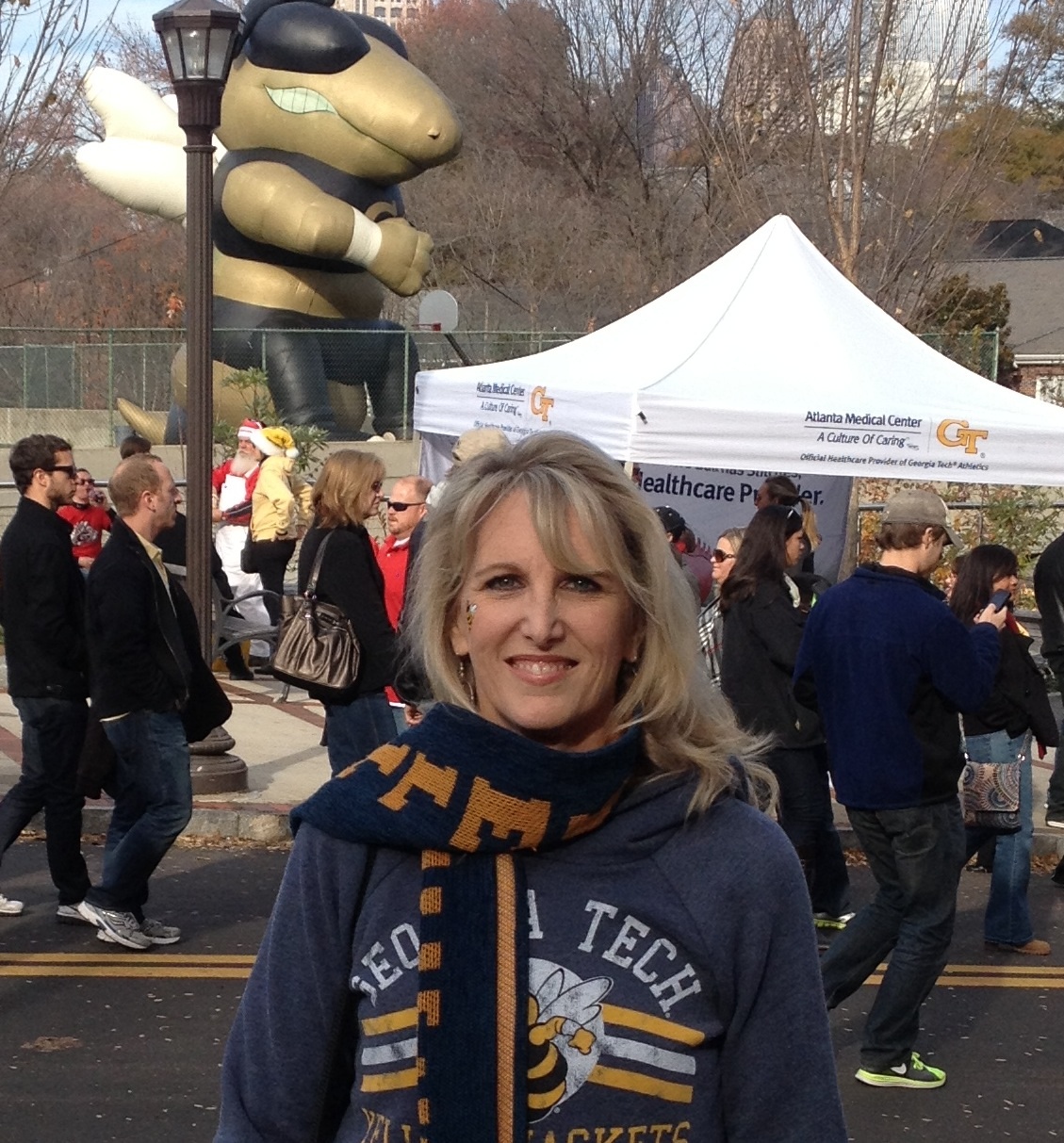 I was there in Atlanta and will be in Athens, too. We say that Tech fans have more class; lets live up to it. [emoji2]

And make up your bed in the mornings too.

GTMom said:
View attachment 327
I was there in Atlanta and will be in Athens, too. We say that Tech fans have more class; lets live up to it. [emoji2]
Click to expand...

Way too young to be anyone's mother.

You may wanna Pack some heat in Athens GT MOM.

DSGB said:
I have been to 5-6 GT/UGA games and have not had 1 issue. No one has touched me, cursed me, gotten too close, etc. Some of you dudes should look in the mirror if you having such a horrible time or become a target when around UGA guys.

BTW. Yes, I had on GT shirts and hats as well.
Click to expand...

Are you blaming the victim?

I have never had as bad an experience as some have mentioned here.

Never a problem in Athens, although I knew a former GT player that was beaten badly when he asked some necks to stop cussing around his wife. Dooley actually later got involved and had the necks banned from stadium. After we lost at CU one year, a lady said, sarcastically, "have a nice trip home." We said Thanks and laughed. At Tenn., took some verbal jabs but just had better retorts.

Luckily, and don't know if this has ever mattered, I have some good genes. I am 6' 5" and at one point weighed about 264.

If you are, God bless you. But maybe not best to advertise that on public forum.

(Sorry for off topic)

TheSilasSonRising said:
If you are, God bless you. But maybe not best to advertise that on public forum.

It could spur a political discussion, and a thread talking about fan attendance at away games isn't exactly the best place to do that

I have Opinions about that! Opinions that for some reason I will feel compelled to share on a GT forum in a thread about fan attendance. That is the best place to have a discussion and change minds.

I have to admit I'm not doing my part. I've really wanted to go to a couple of games, but somehow professors manage to schedule exams right around those reachable, interesting games. I'm not even talking about one- every single big rivalry that I would have driven to has had at least two exams the next monday/tuesday.

The only possible conclusion is a vast conspiracy, a conspiracy that goes all the way to the top of the Tower.

Ok, first of all, you guys are taking my comment way too seriously. In this case, I was not voicing an opinion; merely a fact. If you choose to start a discussion regarding your opinion on the matter, that is your prerogative; but as has been said, a forum on fan attendance is probably not the best place for that. Lighten up fellas [emoji4]

Regarding fan attendance....it does sound like there is a conspiracy...I would hate to think that is true, though.

I will never take my kids to Athens. I have been to many games there and have been disgusted by the amount of trash/puke/crap that is littered all around and inside the stadium. It is definitely not the family experience that I get from going to BDS. My wife (uga grad) has no want to take them there either. Last time I was in that stadium, I made the mistake of going over to see some of my friends from junior college that were attending uga at the time. I had food, drinks, and shoes thrown at me. It was so bad that my buddies were apologizing to me and giving me towels to wipe off with. Not to mention uga fans have no idea how to talk around kids...

Only plus side.. the learning experience for kids...why they don't want to go to UGA!

I was at the Clemson game last year, but I got my tickets from a friend of mine who is a Clemson fan and season ticket holder. I was cheering for GT in the middle of "enemy territory" Fortunately, the people around me had been warned and were class acts.

Please keep the political opinions outside of the GT athletics forums.