The usual suspects continued with one exception - Rodwell.

Ryan got his chance (unfortunately) to show off. 5 punts averaging 44 yards is good. But that is only part of the story - starting position for Ga Southern was Touch back to 20 (the ball hit on about the 5 I think), 15, 21, 5 and 15. That is damn good. Good coverage overall on punts.

Butker continued to show great potential. First KO was out of bounds (unacceptable), 3 touch backs (one to the wall of the stands which was caught by a fan), one 64 yd and one squib at the end to burn clock. Given his talent, I expect every one to be a TB. We are really going to need that in the rest of our games. Right now Butker is 9th in the country at 74% for touch backs.

KO returns continued to be weak with 4 KO returns and 3 TBs by GS. Snoddy had a 14 and 25 yard return and Golden had a 14 and 37 yard return. I think the problem is largely with the poor blocking so that the gunners get through too much. Maybe we should let them all go into the end zone....... especially against more physically talented teams.

So overall, I'd say a C+ given the play by play details below. 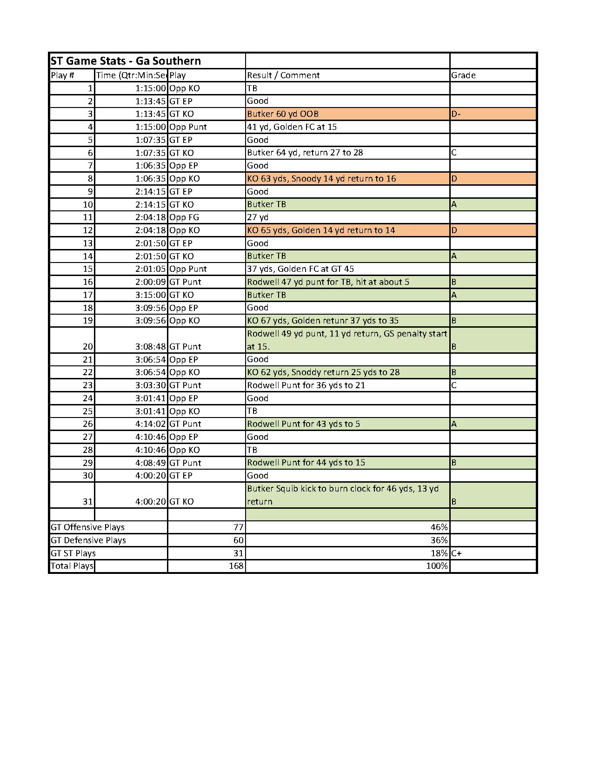