At this point we have looked at a base triple option play and the Rocket toss as a compliment to the base triple option. We also have an understanding of the QB decision making process, and how important the QB is to the success of the play. Now let's take a look at the counter option.

The Counter Option:
This play initially looks like a triple option play. It is usually called when the defense reacts hard to motion with more than 1 LB. In other words an aggressive defense will begin to guess where the play is going and will move to the presumed play side in order to get a numbers advantage on the presumed play side.

The Base Play:
Below is a base triple play against some typical defenses. The blocking changes based on the direction of the play and the alignment of the defense. A note here about the blocking. I am not sure if CPJ actually calls out the blocking or if it is a read by the linemen. I assume it is prescribed based on how the D lines up. 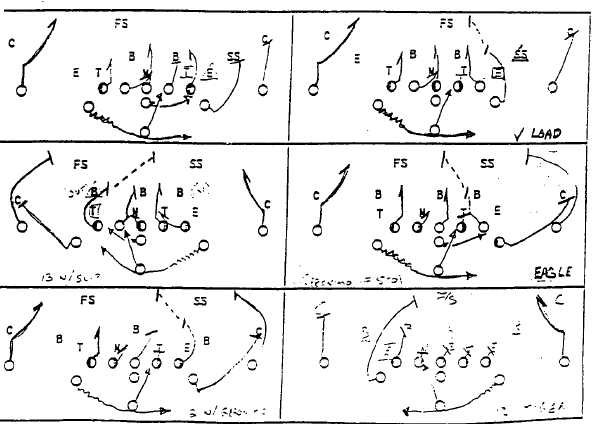 The Counter:
At the start of the play the halfback will motion, the QB gets the ball, will fake the play to one side, reverse, and carry out the play with the motioning half back in the opposite direction. A tell tale sign of a counter option is a pulling guard. Linebackers are coached that when they see a guard pulling to think counter. A pulling guard will almost always take you to the side of the play. 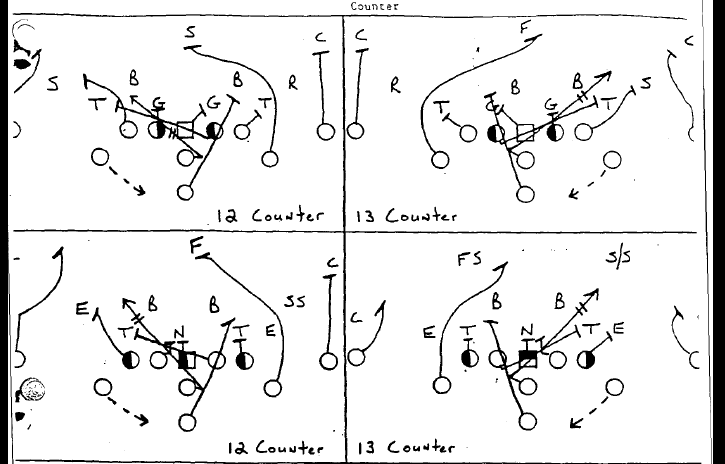 The Reverse:
Let's look at one more variation to the same formation. Let's say the defense is beating our blocks, as well as sniffing out the pulling guard on the counter. We have an answer to that as well. Like the rocket toss, the reverse is not an option play, but unlike the rocket toss the reverse looks like an option play. The halfback goes in motion, there is a fake mesh read with the fullback, then the QB hands the ball off to the halfback that does not go in motion. The guard does not pull in this play. The key block in this play is the fullback getting the play side line backer. So, if you want to know where this play is going you would have to watch the fullback. This is an extremely hard play to defend because the LB will usually come crashing in to tackle the fullback if the play fake is good enough. Little does he know the fullback is going to attack him. 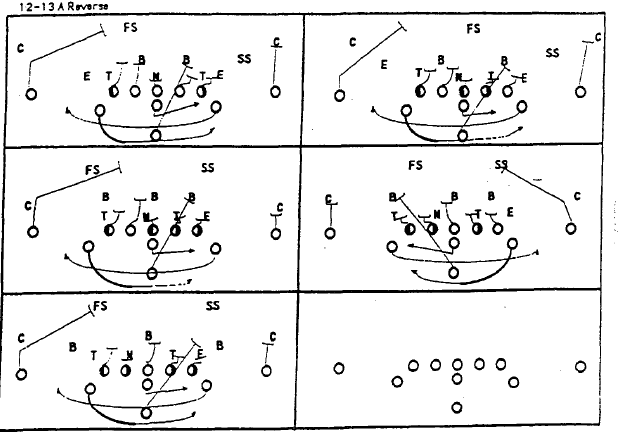