dtm1997 said:
Boyd was the only walk-on not out with the flu, so it makes sense in that regard.
Click to expand...

If it’s not clear, I wasn’t dissing Boyd. Walk-ons don’t get much, though, and the least you can do is give them an attaboy in these situations, like “thank God we had Coleman so we could run two full squads”.

I am just hoping guys feel better so we can actually have full practices prior to the Wisconsin game. Even if we have everyone back, if we have not practiced it will be very hard to win that one.

YlJacket said:
I would be careful with the broad absolute statements like that. The staff has some major league successful stories in Moses and Jose - and several nice development stories behind them. Howard and Saba look good so far but still early against middling competition. On the other side CJP has taken a whole lot of projects that haven't worked - from Haywood, Sjolund, Didenko (the Russian assasin), Price and could even throw Maxwell and Moore in there.
Click to expand...

Nobody has a 100% success rate in terms of developing talent. There will always be guys who don't pan out for whatever reason. However your examples kind of help support the point that Pastner develops players well. Several of those are reaches as far as evaluating development goes. Maxwell has been here just over a year and was hurt for the majority of that time so how can you possibly judge his development? Didenko was a reach from the beginning and we have no real frame of reference to judge any improvement or lack there of because he never really played. Sjolund and Price were here for about a year or less so there is no real comparison of before and after to make. The best counter examples are Haywood, Moore, Parham, and Cole. Haywood got better defensively but never really seemed to find his stroke after his freshman year injury. It's hard to really comment on overall development since he left after just 2 years. Moore and Parham have both developed okay but not the same level as the others. Both settled nicely into the roles that helped the team but not really anything noteworthy. I'd argue Cole is the best example as he really didn't seem to develop too much over the course of his time here. He had marginal growth but it felt like he had potential to do more than he ever really did.

But for next year we don't need everyone to have tremendous development. Guys like Coleman, Kelly, Sturdivant, Smith, and Howard will likely have natural development getting playing time this year and then we also have guys like Saba, Meka, J. Moore who could develop behind the scenes a good bit as well. Our staff hasn't been perfect on player development but the relatively high % combined with the volume of young guys to work with is a good combination.

slugboy said:
If it’s not clear, I wasn’t dissing Boyd. Walk-ons don’t get much, though, and the least you can do is give them an attaboy in these situations, like “thank God we had Coleman so we could run two full squads”.
Click to expand...

When you say a kid is getting dragged, even if you're not saying it, it comes off as noting a derogatory comment that may not have been the context. That's what I'm noting.

It is my understanding that Boyd is well respected as a teammate and as a player. The fact that he was healthy and able to participate when others could not is all positive.

slugboy said:
I forgot to mention this earlier, but Pastner said during his press conference “We only had 10 players available for practice if you count Coleman Boyd”.
Click to expand...

If you're going to quote someone, and by that I mean actual quotes and not paraphrasing, then you should use the actual words. His statement was

"We had 10 total guys which included Coleman Boyd"

Same sentiment but the phrasing is a lot better because there is no "option" of not including Boyd or thought that he wouldn't count. It seemed more of a statement on who was the 10th guy available since the other 9 played in the game.

Walk ons are important members. They spend just as much time in practice but may never get in a game. Some of them turned down lower classification offers. Those guys just love the game and not rare for them to go into coaching.

As long as we have Devoe healthy this yr we will be competitive.I'm not at all sure about next yr unless we get bigs help at the 4.

My understanding is that Bubba is very close to being available. We need him.

Bubba comes on the court during warmups and dribbles around, but I haven’t seen him shoot. He seems to be progressing

joehamiltonfan14 said:
Bubba comes on the court during warmups and dribbles around, but I haven’t seen him shoot. He seems to be progressing
Click to expand...

Shoot arounds before the game are normally for the guys available to play. At least when I was playing that was the case.

I thought Pastner's statement was inadvertently insensitive, but it looks like mine was. Sorry.

If you want my post nuked, just report it. Otherwise, I'll leave it up as an example.

We are 100% dependent on Devoe to beat any decent teams. If he gets hurt or gets in foul trouble we are in big trouble. Next 4 games will determine our ceiling

I really enjoyed his post game presser. He seemed very relaxed and was enjoying it. Made me appreciate him more as a person. That is a side we don't always see. I was around Cremins a little when he was coach and he was a regular guy that was fun to be around.

Root4GT said:
We are 100% dependent on Devoe to beat any decent teams. If he gets hurt or gets in foul trouble we are in big trouble. Next 4 games will determine our ceiling
Click to expand... 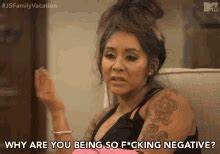 Root4GT said:
We are 100% dependent on Devoe to beat any decent teams. If he gets hurt or gets in foul trouble we are in big trouble. Next 4 games will determine our ceiling
Click to expand...

Will you provide a short list of teams that were not dependent on their best player and one of the top scorers in their league?

Why would you suggest that our ceiling will be determined in early December when in each of our last two seasons we were playing our best ball at the end of February?

The really good teams will try to take Devoe out of the game. We have some other guys who can score but they will need to step up. We really need Howard to get us at least 10 points a game. Coleman can score. Sturdivant has the ability and getting Bubba back will give scoring help. Ush will get his points. He has been a great addition to the team. Gotten better every year. He has NBA potential.

Right now we are very reliant on Devoe and Usher. That's to be expected. The hope is as the year goes on others step up to ease that reliance. We've already seen sparks of several guys doing just that including Deebo, Smith, Sturdivant, and Howard each having more than one double digit game (I think Smith had 1 with 9 and 1 with double digits). We aren't just reliant on Devoe though as Usher is also a reliable contributor and hopefully once Bubba returns he will be a reliable contributor as well.
Share:
Facebook Twitter Reddit Pinterest Tumblr WhatsApp Email Share Link
Top