Atlanta, GA – Down six starters and depth at key positions, the Georgia Tech Yellow Jackets (1-1, 1-0) faded late Saturday night in their first home tilt of the 2020 season.  The Central Florida Knights (1-0, 0-0), a respected top 25 program over the last few years, emerged victorious by a final score of 49-21.

The Jackets entered the game with gaps and question marks across its Above The Line (ATL) depth chart when compared to preseason expectations.  Absent from the offense today were starters RB Jordan Mason and TE Dylan Deveney.  Another TE, Dylan Leonard, was a scratch.

“We had to get creative in practice this week… minimal 12 personnel on offense and three down linemen on defense,” said Head Coach Geoff Collins in his postgame interview with radioman Wiley Ballard.

Let’s be clear.  Neither Collins nor the players claimed moral victories.  Save those for today’s victor who is wont for fabricated titles and hardware.

For Tech the mantra is next man up.  The team fought valiantly, showing signs of life into the 4th quarter against an opponent that most outside of the Georgia Tech program expected to roll easily today.  A 33-yard touchdown run by true freshman RB Jahmyr Gibbs narrowed the Knights’ lead to 28-21 with 13:12 remaining in the game.  The home crowd was energized as was the home team.

But football games are won on the line of scrimmage, and Tech began with one hand tied behind its back on the defensive front.  Evidence of wear and tear to that unit showed itself late as the Knights’ vaunted offense reasserted itself in the 4th quarter, scoring three consecutive touchdowns immediately after Gibbs’ jaunt without much resistance.  Tech’s offense sputtered in response, and the final chapter of the story was written.

Despite the absence of key players, the Jackets had plenty of opportunities within their control to affect the outcome of the game.  Turnovers and special teams often determine college football games and today was no different.

Following an impressive first game despite a few mistakes, QB Jeff Sims led a Tech offense today that coughed up the ball five times.  Of the Jackets five turnovers, two came thru the air and three came via the ground game.

Special teams was a mixed bag.  Rarely is “mixed bag” a positive, however after the debacle in Tallahassee that descriptor is an improvement.  The Jackets must resolve its field goal issues to become a threat in the ACC this year and in the future.  See 2014.  Otherwise, “mixed bag” will lead to a new definition for “scoring range”.

There were certainly signs of light.  Jahmyr Gibbs lived up to his billing, ripping off a 75 yard kickoff return on his first collegiate touch.  Gibbs finished with 219 all purpose yards and two touchdowns.

Tech’s offense has now shown a pattern of improvement as compared to last year.  Sims led the offense to 471 yards of total offense.  Nine different receivers caught balls for 244 yards thru the air, demonstrating a balance and proficiency without needing to rely on one or two playmakers.  To that end, noticeably absent despite the team success were WR Ahmarean Brown and WR Jalen Camp, each of which tallied a single reception for 11 yards.

The Jackets managed 12 chunk plays, defined as passing plays of 15+ yards and running plays of 10+ yards.  The distribution was an even 6 and 6, respectively.  Overall the offense produced 5.8 yards per play and converted 7 of 15 third downs.

Last but certainly not least, punter Pressley Harvin remained an “absolute unit”, averaging 51.2 yards per punt.  Of his four punts, three ended up inside the 20, with one boom ball traveling 70 yards.

Ultimately it was feast or famine on offense.  Combined with a shorthanded defense forced to play 92 plays, the flood gates opened late for Tech’s foe.  Next week brings Tech back into ACC play with a road trip to Syracuse and an opportunity to go 2-0 in ACC play.

My first post observation: Gibbs is a good football player.

I do think the refs sucked though. There were several bad calls that jacked up our momentum on both offense and defense

and a bunch of calls or non-calls that killed our drives, and would've killed theirs.

As lopsided of a reffed game that I can remember.

bwelbo said:
Yep. It was 28-21 with about 10 minutes left. We had a short FG blocked, and multiple trips inside their 10 with no points. Game could have easily been tied going down the stretch.
Click to expand...

what, how can you say the refs are bad? I dont see any holding here. everything looks good to me 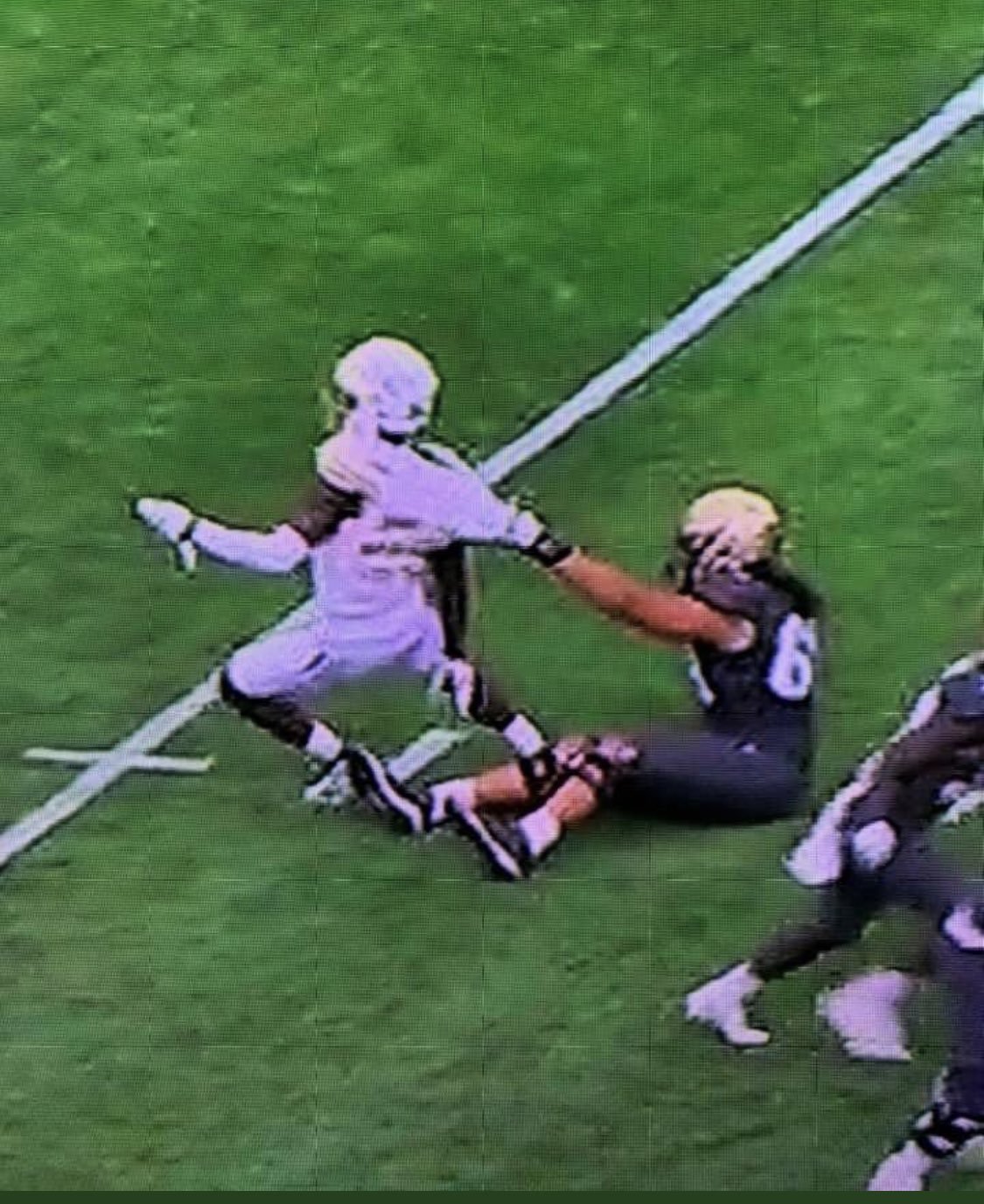 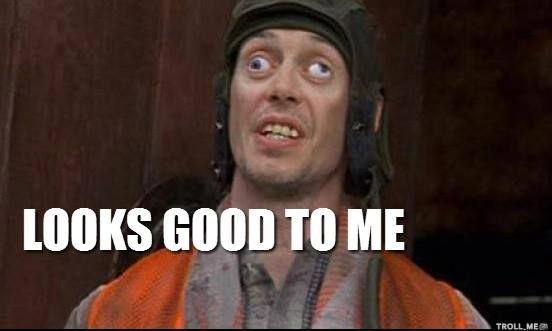 We have a lot of work to do , but we will get there. These freshman show a lot of potential. This was a rough game , but not end of the world. Compared to last year this is still better

FLTech said:
I do think the refs sucked though. There were several bad calls that jacked up our momentum on both offense and defense
Click to expand...

forensicbuzz said:
That wasn't a good offense. We're going to see much better offenses than that from over half of our opponents.
Click to expand...

You sure you watched the same game as everyone else

forensicbuzz said:
That wasn't a good offense. We're going to see much better offenses than that from over half of our opponents.
Click to expand...

lol the overreaction is this thread incredible. Teams on our schedule who 100% have worse offenses than UCF: FSU, Duke, Syracuse, NC State, Boston College. Can probably add Pittsburgh and Louisville to that last as well.

Y’all realize we are the team that lost to the Citadel last year, right? And now today, we were within 7 points of a team who had won 35 of their last 40 games.

I get the desire to want to win and win now, trust me, I wish we were winning more too. But I think too many people in this thread are ignoring the obvious improvement from last year to this year simply because the team still isn’t at the level we want them to be.

It’s going to take some time until we are consistently winning. It was never going to happen over night no matter who took over once we transitioned from the triple option, but as long as we are moving in the right direction, which we definitely are, then I’m happy.

6 turnovers. We gifted this game to UCF. Let’s clean it up next week against a weak ACC opponent and go 2-0 in conference play!

The one thing ive been disappointed in so far this year is Tariq and Juanyeh. They love running their mouth on twitter too. Need them to put up or shut up.

We will be fine you are going to have good and bad games with this many freshman playing. Don't get down on any of them .

Too many mistakes. They will learn.

In a super up tempo game, you can’t play several beefy strong but slow trench guys. Curry is included in that. He’s slow, so a gassed Curry is terrible. It leaves everything open. Would have been better to play 3 DL and then 4 hybrid DB/LB. those guys are faster and have better endurance.

We can whine about refs but it doesn’t matter. No team will win with 6 turnovers.

We fought hard when it was clear that UCF is a better team so I’m not upset. We were clearly a better team than FSU and UCF is clearly better than us. That QB was money.

Collins is assembling the pieces but we still are lacking in the personnel piece. Our DB’s got torched. Holding or no holding, we couldn’t cover and we couldn’t tackle other than Charlie Thomas.

This was the butt kicking we needed for every member of the organization. The spike play has to be the dumbest play I’ve ever seen GT make so the coaches have no where to look than the mirror. I want to by Choice dinner for getting Gibbs.

The good:
•Jordan Williams played another great game.
•Chico Bennett and Jared Ivey will become a dynamic duo in 3rd down situations in the near future
•Gibbs is the real deal. Looked like Jamaal Charles today.
•Demetrious Knight is a baller, needs to play more.
•Sims is going to be a Star


The Bad:
•Turnovers
•Awareness of Coaching Staff when subbing against the fastest offense in the country
•End of half clock management(we should not have spiked the ball)

The Ugly:
•Coach Collins Vest
•Coach P relying too much on the pass in early down situations


We just played a good team, I’m not discouraged.

UCF lined up offsides on defense almost every play.

Our guys never quit after getting down big, defense came out after halftime and played much better. Sims had a rough game, it’s all part of being a true frosh QB, i am high on the future of this team and program

tomknight said:
and a bunch of calls or non-calls that killed our drives, and would've killed theirs.

As lopsided of a reffed game that I can remember.
Click to expand...

Well that’s what happens when you let AAC refs work the game. So whoever (Stansbury?) agreed to that is a loser. Either ACC or third party.