Jackets Brought the Juice to Tallahassee

A post-mortem following yesterday’s wild victory for the Georgia Tech Yellow Jackets (1-0, 1-0) over the Florida State Seminoles (0-1, 0-1), starting with my overall takeaway.

We are an improved team.  We are not a good team, yet.

Based on Saturday’s performance, both the national media narrative and the Vegas narrative are likely to change going forward.  That is, the ceiling for this year’s Yellow Jackets squad is higher than most expected in the preseason.  Picked last out of 15 teams in the conference by the ACC media and pegged as a 13-point underdog by Vegas in the opener, the Jackets effectively shattered those expectations one game into the season following a 16-13 win on the road in Doak Campbell Stadium.

Let’s break down some of the highlights and opportunities for improvement, of which there are more than are included here.

What more can you say about the grit and poise out of the true freshman from Florida? Originally a Florida State commit and allegedly asked to look elsewhere by new Seminoles Head Coach Mike Norvell, Sims played up to his Elite 11 credentials and then some in a redemption game of sorts.  Connecting on 24 of 35 of his passes (68.5%) for 277 yards, along with 64 yards on the ground, Sims stat line by itself was a good one for his first collegiate game reps.

More than that, the intangibles showed up.  He showed above average awareness in the pocket, and above average ability to keep plays alive, and a selflessness to give up his body for the extra yards to extend drives.  There were absolutely freshman mistakes, some of which showed up in the stat line and others where he was more fortunate.  However the body of work as compared to that of a typical true freshman suggests the Jackets got a good one.

Much was made of the NFL talent on the Seminoles’ defensive line.  There probably aren’t many Yellow Jackets who would start for the Seminoles defense based on recruiting rankings and next level projections.  In the end the Yellow Jackets offensive line, now in year 2 under line coach Brent Key, conceded just one sack. The Seminoles generated six tackles for loss (TFL), some of which occurred on the perimeter on failed jet sweeps and wide receiver screens.

The offensive line can lay claim to the most decisive improvement for one position group from year 1 to year 2.  Credit goes to Offensive Coordinator Dave Patenaude and Quarterback Jeff Sims as well.  The Jackets’ offensive strategy appeared designed to get the ball out quickly and exploit the short and intermediate game, rarely taking the time required for shots downfield, and Sims was masterful at avoiding pressure when plays inevitably broke down.

After the Seminoles’ opening possession ended in an all too familiar easy touchdown drive, there were likely few Tech fans who would have predicted that the Jackets would yield just 6 points the rest of the way.  That is exactly what Defensive Coordinator Andrew Thacker’s defense did.  The defense was disruptive and forced 4 turnovers (1 on downs).  They gave up just 3.8 yards per play and sacked Seminoles Quarterback James Blackman three times.  Yes, this was a beleaguered and much maligned Florida State offense, but how many times in recent past have we seen those same offenses move through the Jackets’ defense with ease?

At the end of the day, fair or not, wins and losses often affect perception of the components as much as anything else.  In order to win though, one team needs to be the better team for 4 quarters, and that is exactly what the Jackets proved on Saturday.  The pregame ESPN match-up predictor suggested that the Jackets had a 24% chance of winning.  The in-game predictor suggested that the Jackets were underdogs into the 4th quarter, up until Defensive End Curtis Ryans’ strip sack of Blackman. At no time did it appear that Tech lost focus.  “Competition is King” reared its beautiful face until the final whistle.

There’s not much more that needs to be said that wasn’t readily observed.  The Jackets struggled with field goal protection, field goal kicking and in the kickoff return game.  Even famed Punter Pressley Harvin had a misfire, but past performance suggests his first punt attempt late in the 2nd quarter (you read that right) was an aberration.  Nowhere to go but up from here.  Kudos to true freshman kicker Jude Kelley for delivering when it mattered most and hitting the game winner.

Eight (8) flags for 80 yards just isn’t going to get the job done against most ACC teams, especially on the road.  While penalties rarely come at good times, one could argue that the timing of yesterday’s hiccups nearly handed the game to the Seminoles.  The Jackets moved the ball with relative ease between the 20’s, however ill-timed personal fouls created headwinds for an offense that is still trying to find and confirm its identity.  The missed field goals might not have been attempted at all if not for the Jackets’ miscues.  The good news is the penalties can be learning opportunities, which are much easier to swallow when complemented with a win.

Simply put, Florida State is not a great team.  Despite their talent and program history, the ‘Noles were average last year, finishing 6-7 (4-4) under since-fired Head Coach Willie Taggart.  Now they’re going through a transition of their own and we caught them during their first live game reps under new Head Coach Mike Norvell.  Their quarterback, Blackman, has struggled through a handful of different offensive coordinators to the point where any quarterback’s head would be spinning.  Then the program went through an offseason without a full install of their new offensive and defensive schemes due to Covid-19, along with off-field drama among the coaches and players.  Putting it mildly, it was a great time for the Jackets to catch the Seminoles.

“My hypothesis is that Week 1 will be sloppy in CFB. Whether that's due to new practice schedules, revised team protocols (e.g., less contact), or off-field distractions/priorities, there are a variety of reasons this season and especially week 1 may not match expectations when compared to other years, regardless of roster talent and coaching. It might also mean some teams inadvertently appear to "click" more than they otherwise will, whether that's due to random chance or an under-prepared opponent.

What does that mean for my week 1 expectations? I'm mentally prepared that anything can happen. And the results may not be indicative of future performance. I just hope we're the benefactors of the unpredictability.”

May I emphasize “the results may not be indicative of future performance”?  Tech won and Tech improved.  It is hard to demand much more than that.  But as the areas for improvement suggest, we have a long way to go before we can say Tech has arrived.  The good news is there are many signs of hope and potential for continued improvement.  The speed at which the Jackets realize that improvement will go a long way toward determining their record in the 2020 season.

Game ball goes to Sims & the defense but Brent Key deserves 5. Our OL looked great vs the Iauded DL if FSU. I’m not sure they got a sack rush 4 today. Great work!!!

How about that last turnover!?

MY SON IS THE CHOSEN ONE!
I rubbed his head during the last 8 mins and it worked. All hail and GO JACKETSSSSS!!!

This hospital room is a party now!!! WHOOOOO!! 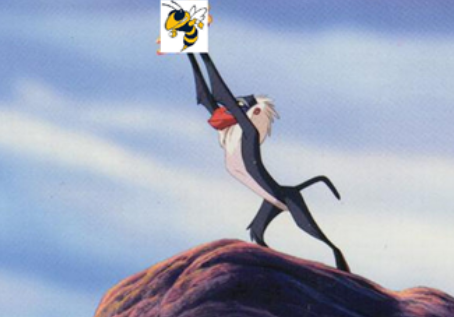 Thank you Mike Norvell for telling Sims to look elsewhere. I appreciate everything you did for our program today and in the last year

Let me just say Jude Kelley has guts, he went out there and made it happened when it mattered

Folks we have a qb, man what a night and day difference from last year. Lots to improve still, but man this feels good

Helluva effort by the boys today/tonight! Both sides played their hearts out and bring home a HUGE win! Looks like we have some things to work out but we aren’t going to roll over for anybody this year. Shout out to the boys pressed into action by injuries because they showed out!

I watched all of it and came away feeling like we were the better team. All there is to it. Our defensive line got pressure and FSU did not have an answer. Our freshman played like a champ. Outstanding job of beating a team (another one) with all the accolades, recruiting rankings, and just hitting them in the mouth. Sims has too much class to gloat but I am sure it was satisfying to beat the team you rooted for as a child and them telling you that you were not good enough. Great job Coach Collins and his staff to keep this team pushing through the heat and delays by maintaining their focus. Living in south Georgia, this is a big deal to beat FSU.

The ACC Media can go **** themselves. Picked us last and they didn’t even survive one game.

I was really impressed with Sims. We haven't seen a QB spread the ball around like that with high completion percentage since Goose and Hamilton, it seems like anyway. I love the pocket presence, the feet, the physical nature and finishing runs, the setting up of screens, and cool demeanor. You really can't hope for better in a freshman QB's first game. Other than forcing about 4 plays, two which cost us, he really played at a high level. That bodes well.

Let's not get too too excited about who we just beat. To my eye, FSU is not a good football team right now. Having said that, any road win in conference is a major building block for our program at this juncture. This was a very ugly game, BUT, the kids played awfully awfully hard. I am so proud of their effort.

While we have made improvements along both sides of the LOS, we are still far from from dominant, IMHO. We are going to have our struggles matching up. However, making plays to move the sticks on offense, like we did tonight (and have been unable to do in recent seasons), will alleviate that some on the defensive side by keeping them off the field.

I love the energy. I love the skill position players. It is time to start believing in what the coaching staff is selling. This season may still prove to be a struggle but the growth is impossible to ignore. 50% on third down with a frosh QB spoke volumes to me. Controlling the ball matters at least as much as big plays.

I can honestly say I've never watched a five hour and 30 minute game before.

Glad I did today